We recently read about TLT Food in Orange Coast magazine and decided to try it out.  They had great reviews on Yelp and the menu looked interesting, with enough variety that the three of us would all be able to find something to eat (or rather, something that Audrey could eat).  According to their website, they used to be a successful food truck called the Lime Truck, and after their successful run, they added a restaurant in Westwood, and now there is another one in Irvine Spectrum where we went this past weekend for lunch.

So do they live up expectations, considering there was a great little blurb for the restaurant in OC magazine?  The food was good, and I’d be willing to return again to try some other dishes when I’m in the area shopping.  Audrey loved the sliders that she had ordered, my man got the burrito and thought it was good but not great, and the two tacos I ordered was tasty but not the best I’ve ever had.  It may be because I don’t like shredded meat much and the pork belly taco and beef short rib taco I got were a bit mushier than I like.  Their California cuisine is a fusion of Asian and Mexican food plus a little bit of American.  I did not try the dragonfruit drink but when asked if he liked it, my man said “yes” emphatically. 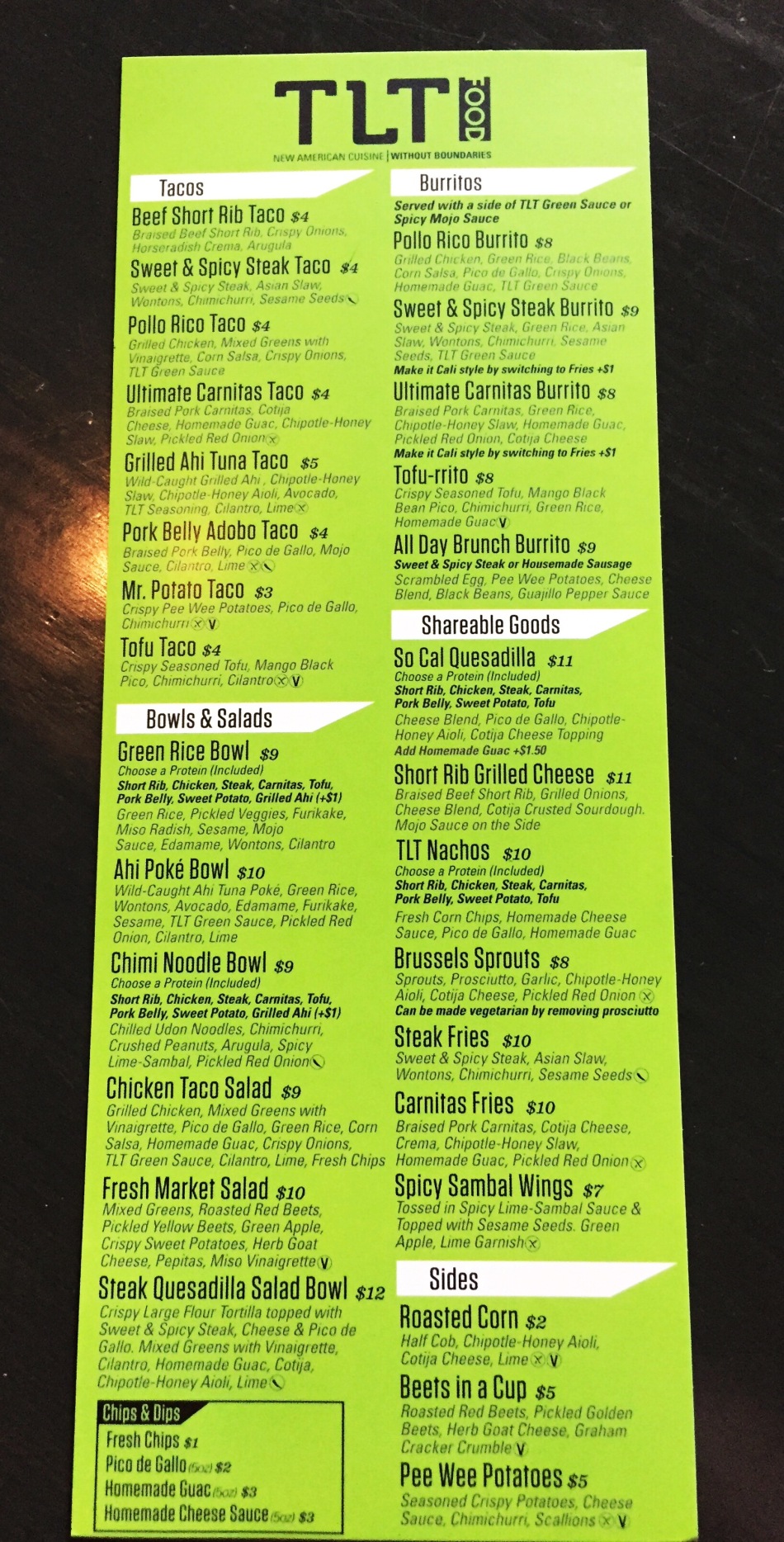 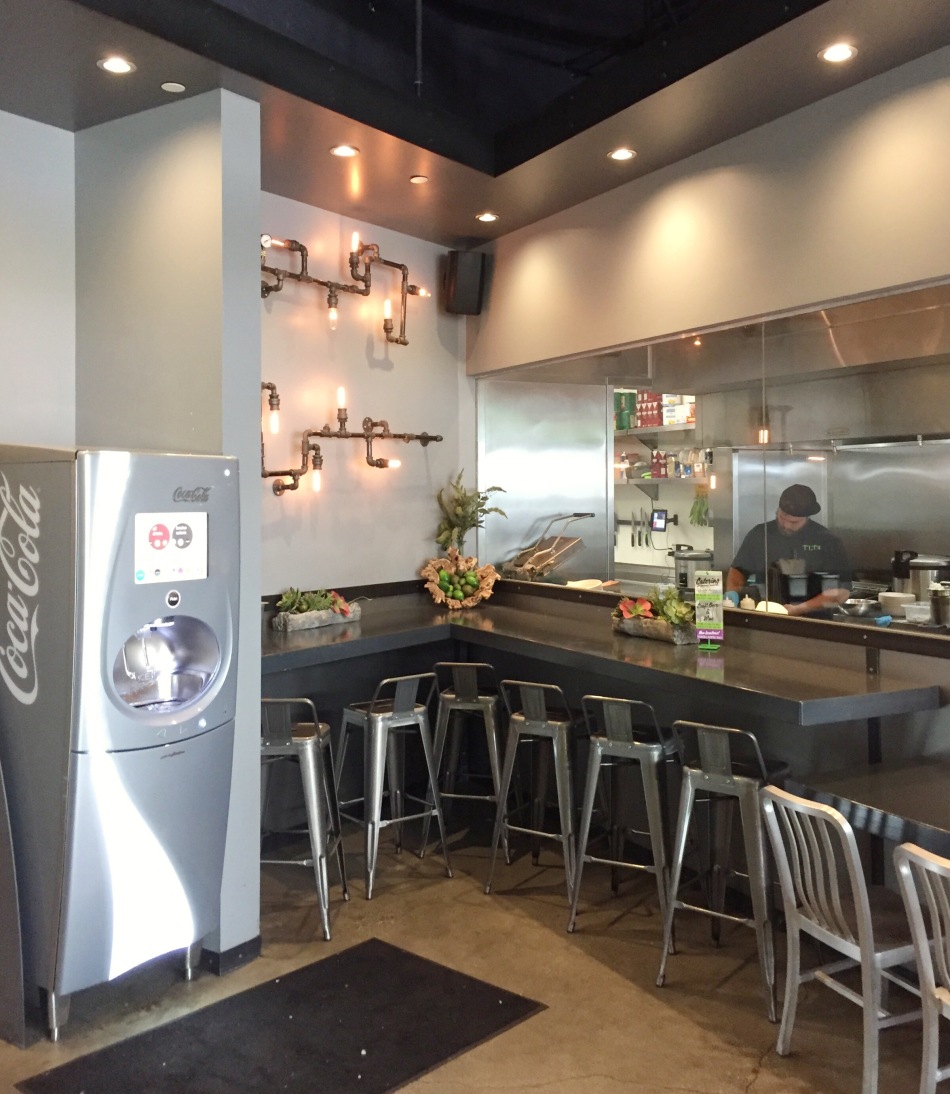 The dragonfruit drink is the dark purple drink called the Tropical Thunder.  I liked that they had a soda machine with a lot of flavor options. 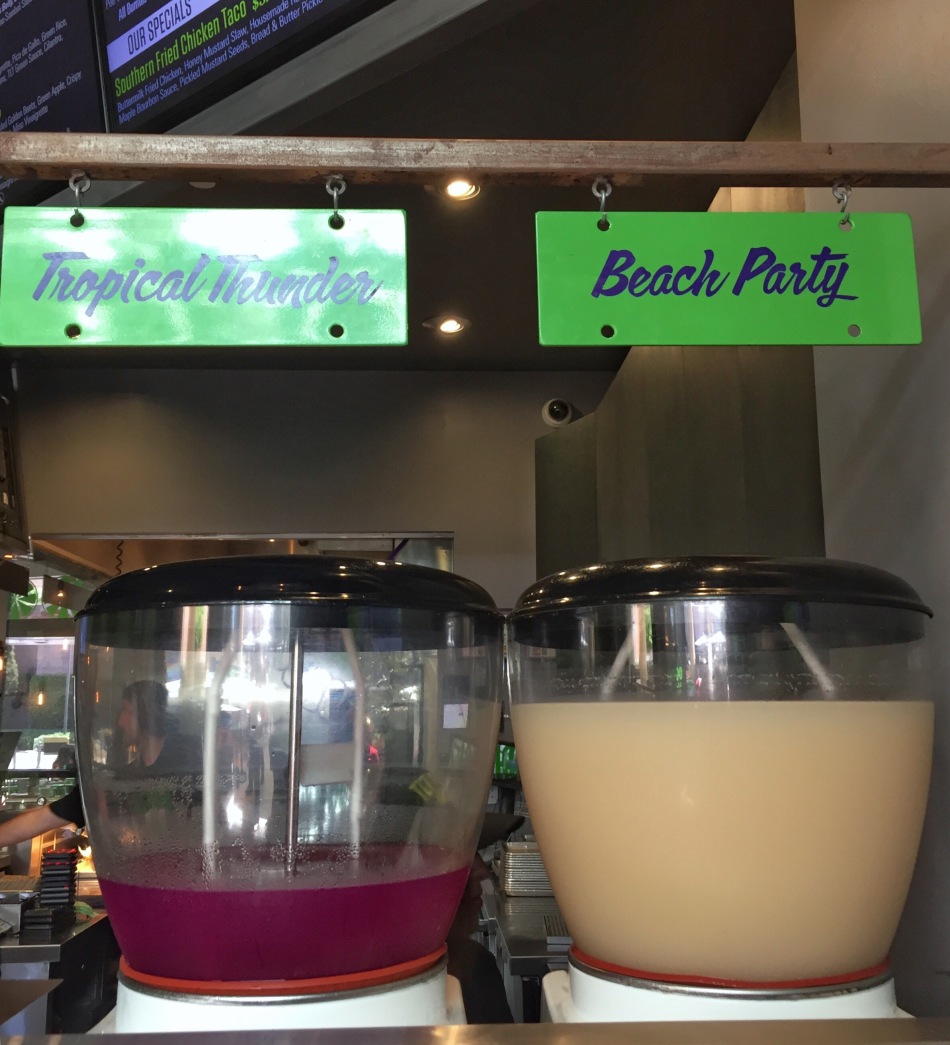 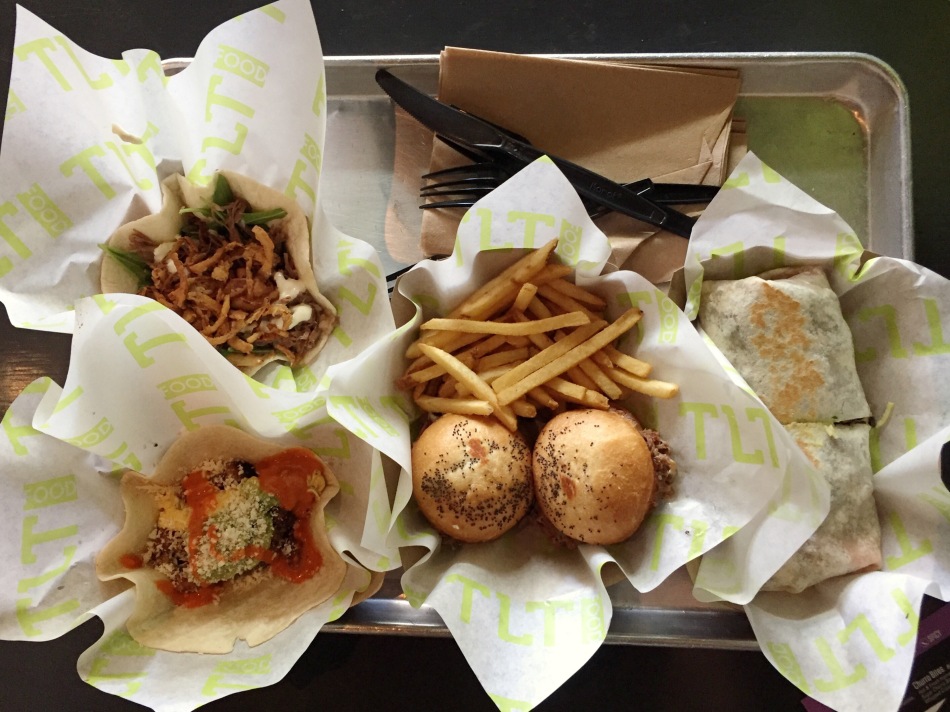 Below is the Brunch Taco, it has pork belly and scrambled eggs in it.  I should’ve asked for less sauce, I just don’t like mushy food. 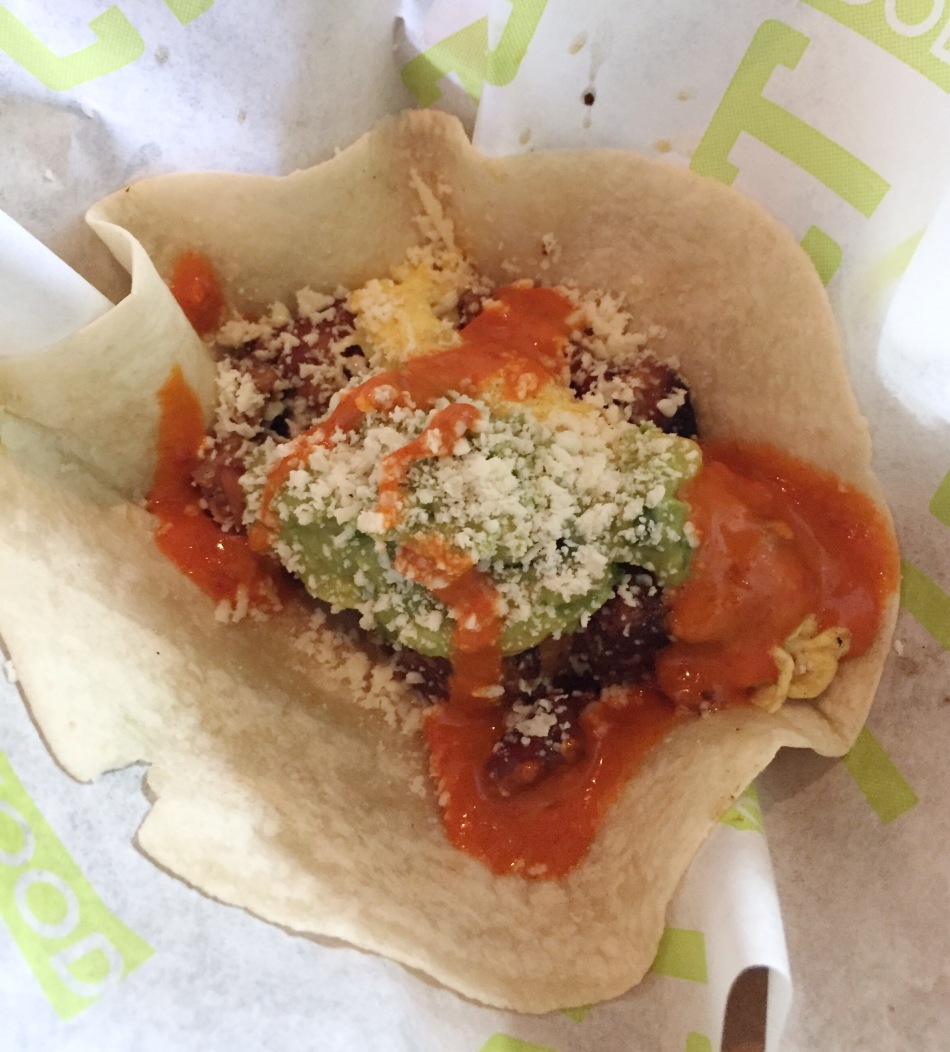 The shorty sliders Audrey ordered are from the Kid’s Menu.  It has braised beef short ribs in it. 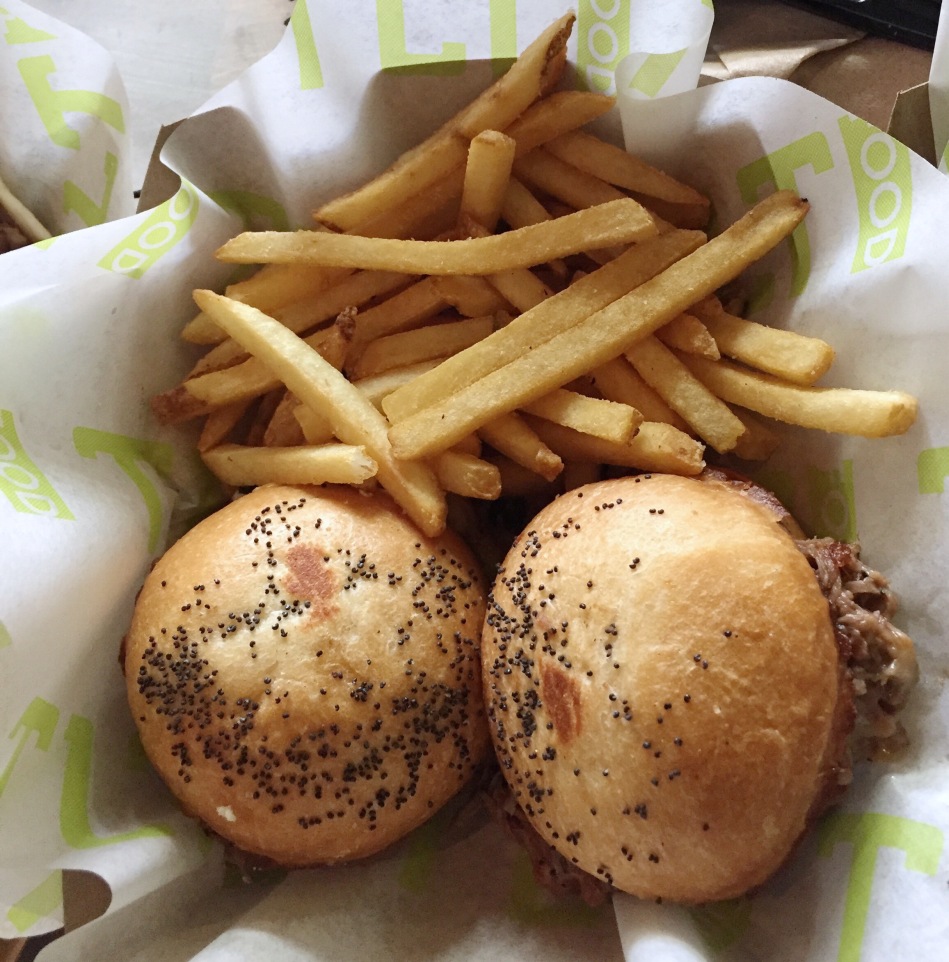 The brunch burrito also had scrambled eggs in it, along with a sweet and spicy steak meat. 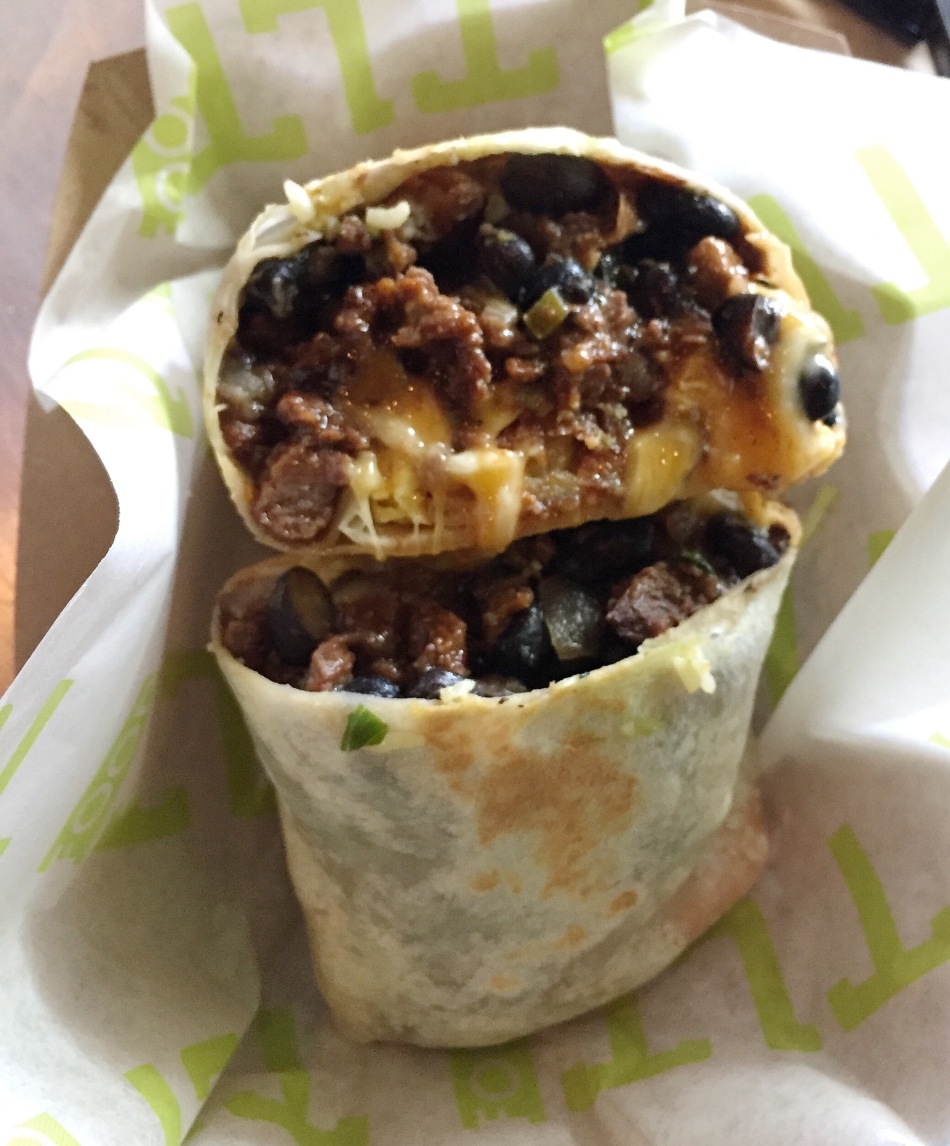 I favored the beef short rib taco mostly due to the crispy onions because, if you recall, I don’t really like mushy food with lots of sauce when it comes to tacos. 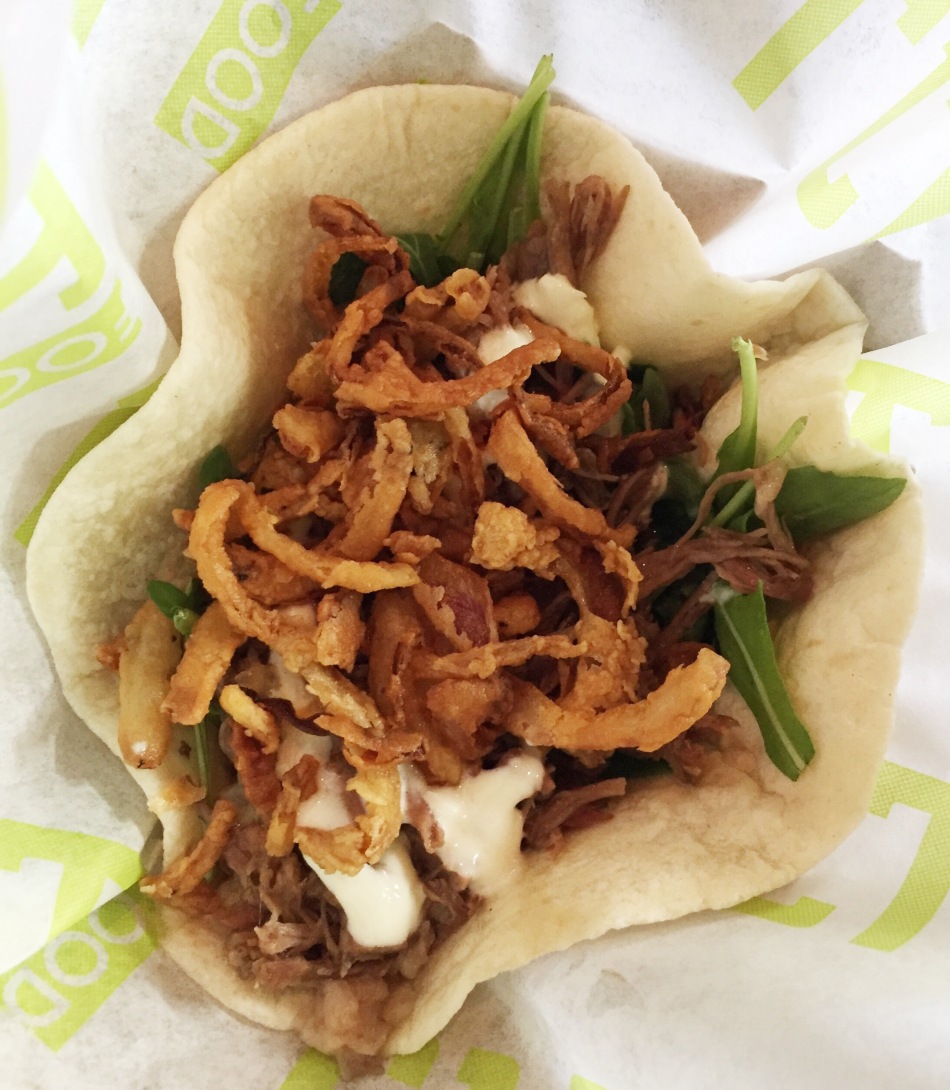 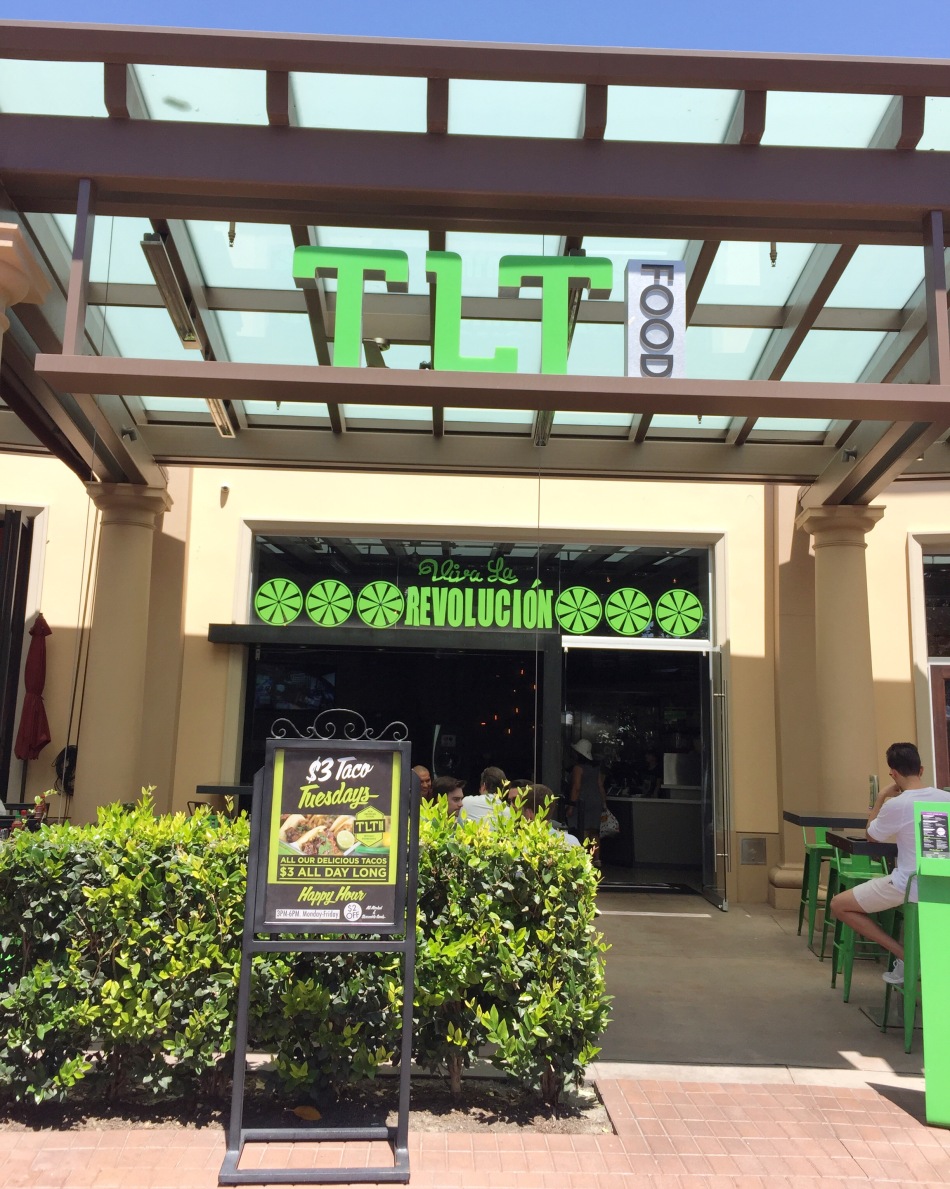 Unauthorized use and/or duplication of this material without express and written permission from this blog’s author and/or owner is strictly prohibited.